Only available as part of a package

This year we’ve seen the conversation change from “why to implement staffing platform technology” to “how to implement staffing platform technology.” Staffing agencies have realized the necessity to deliver on candidate and client expectations, but are now turning to advice from their peers about how to do it successfully. It’s comparatively uncharted territory. In this Game Changer session, the presenters explore the key considerations for implementation that your firm should be thinking about from the first day of the buying process. The president and CEO of CoreMedical Group and the CEO of TimeSaved will explore how their partnership evolved, key considerations for every stage, and why getting on the same page early is critical to success. 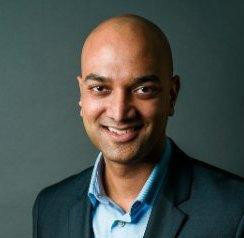 As the general manager of Best Buy Canada’s flagship store, Rohan Jacob saw an opportunity to do something for the staff after massive layoffs put them out of work. He used his combined experience in development, management, and business to create TimeSaved in 2015. TimeSaved partners with clients to understand their unique needs, market, and workplace. TimeSaved provides data hygiene services and adoption consulting that help ensure ultimate success.

Hampoian has more than 10 years of experience as a sales management professional. He began his career with CoreMedical in 2004 as an account executive. As his relationship with accounts, staff, and support teams grew, so did his responsibilities within CoreMedical Group. Before being named president and chief executive officer, Hampoian was the vice president of travel services, including nursing, allied and locum tenens.